One area of football betting heavily used by the pros is the asian spreads. The Asian Handicap and Asian Goal Lines provide a different angle to look at a match and typically provide more insurance than other more black and white bets, like an outright win.

There is often value in backing an underdog to perform admirably against a firm favourite, with researched reasoning you can create a bet with the reassurance of your stake returned should your plucky side be defeated.

For example last weekend, Huesca made it tough but ultimately were defeated 1-0 at home to Sevilla. If you backed Huesca with +1 on the Asian Handicap, as you saw them giving Sevilla a good game you would have had your stake returned and a +1.5 punt would have seen you win. I like to imagine it as if you are giving a team a certain amount of goals as a headstart, then if the side holds on to that headstart to win the game, you win, draw and you will be compensated.

The market is also advisable when you anticipate a team is looking likely for a comfortable win, often favourites are quite short for an outright win, so to increase the value you can get them to win -1 or -2 on the Asian Handicap if you believe they will win by two or three goals. If you back a team at -1, and they only win by one goal your stake will be returned.

An instance where this would have been utilised well was the Manchester City versus Burnley match at the weekend. Pep Guardiola’s men were 1.12 to win the game, no value, but you could get Manchester City -2 Asian Handicap at around 1.88, presenting good value. If City won by two goals, you would have got your stake back, but three or more brings a win and it copped comfortably as Burnley were thrashed 5-0. Here is a table to explain the market better than I can. 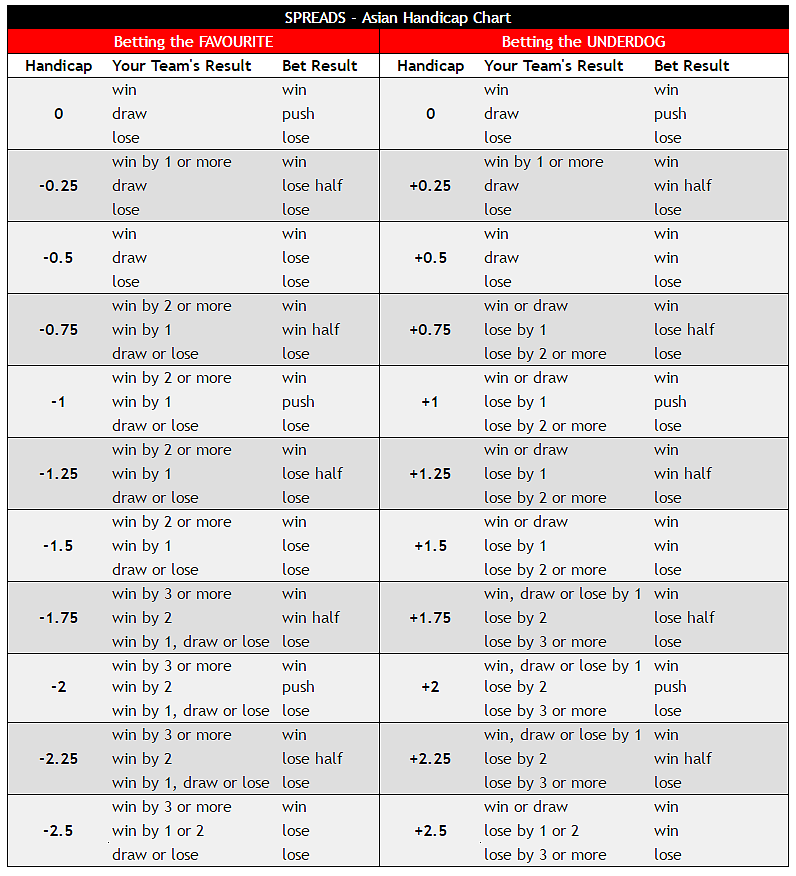 The Asian lines provide more insurance than your typical unders or overs bet. Similarly to the handicap they offer a route to returning your stake if you do not win.

Slightly easier to explain, if for example you backed under 2.5 in the Leicester City versus Fulham match on Monday night, Harvey Barnes’ late goal to make it 2-1 to the visitors would have been a gutter, however if you had used the Asian goal line and backed under three goals rather than 2.5 on the regular goal line your stake would have returned. The odds would have been marginally shorter but if it is a match or bet that could have fine margins then the asian goal lines are an advisable play.

There are also quarter goal lines which can result in a half win or half loss, if you backed under 1.75 in the Brighton and Hove Albion versus Liverpool game last Saturday, with it ending 1-1 you would receive half of your stake returned. Similarly, if you had got on under 2.25 you would receive half the winnings and half your stake back, as if you had placed two single bets, one on under two goals (stake back) and one on under 2.5 goals (win). Here is a guide to help you. 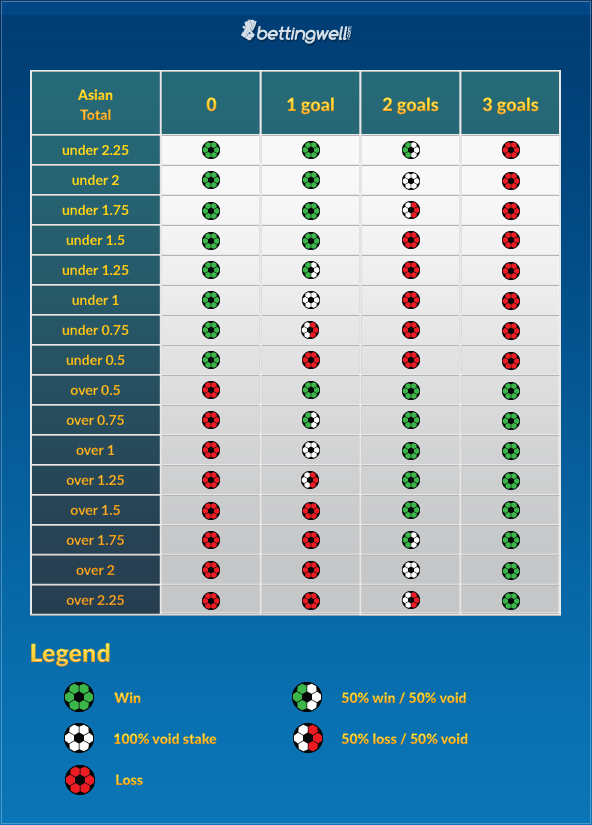 Want to access to our statistics and inplay alerts?